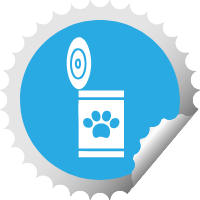 Having a pet can change your life. There is always someone to hug when you get home, and even the sense of responsibility that comes with caring for a pet can lift your spirits. However, there is a lot to know about pets. You need to be confident you are providing your pets with the best care in all situations, whether you have a cat, dog, bunny, or salamander. If you'd like to learn more and up your pet care game, we invite you to read the articles on this site. We think you'll find them informative, as we've taken care to include details about pets of all varieties.

Yorkies are personable little dogs known for their independence and high-energy attitudes. As with any dog breed, there is some variety from dog to dog. For this reason, it is important to think carefully when choosing yorkie puppies for sale. Visit the litter several times, ask the breeder a lot of questions, and follow the tips below to help ensure you choose the best yorkie puppy for your family.

Decide whether you want a regular or teacup yorkie

Yorkies are already a small breed. The average "regular" yorkie weighs between 4 and 7 pounds when fully grown, which is less than the average cat. If you want an even smaller dog, however, you can look for puppies advertised as "teacup yorkies." Although these are not technically a different breed, they are a subset of the breed intended to weigh less than 3 pounds as adults. If both the mother and the father of the litter are less than three pounds, the puppies will often be advertised as teacup yorkies, although there is a chance some of them may grow up to be slightly heavier than their parents. In any event, know what you're buying.

Before you even step in and pick up any of the puppies, watch the litter and see how the puppies interact. Usually there will be some more assertive, louder puppies that seek to dominate the others, and some more docile, quieter puppies that keep to themselves a bit more. There is nothing wrong with either persona, but make sure you choose the one that's right for you. If you want a more independent dog that's not always barking and following you around, choose the quieter pup. If you like a higher-energy, assertive dog, choose the more assertive pup.

Look at the ears, coat, and eyes

You're not a veterinarian, but you can easily assess the overall health of a puppy. Make sure its coat look sleek and shiny, its eyes are clear, and its ears are clean and free from any bumps or irritation. These are all signs of health in a puppy. If the puppy's coat looks dull and its eyes aren't clear, this could be a sign of some underlying issue that may be a problem later on.

Hopefully you now have a better idea of what to look for when choosing a yorkie puppy. This is a wonderful breed, and there's a puppy out there meant for you.